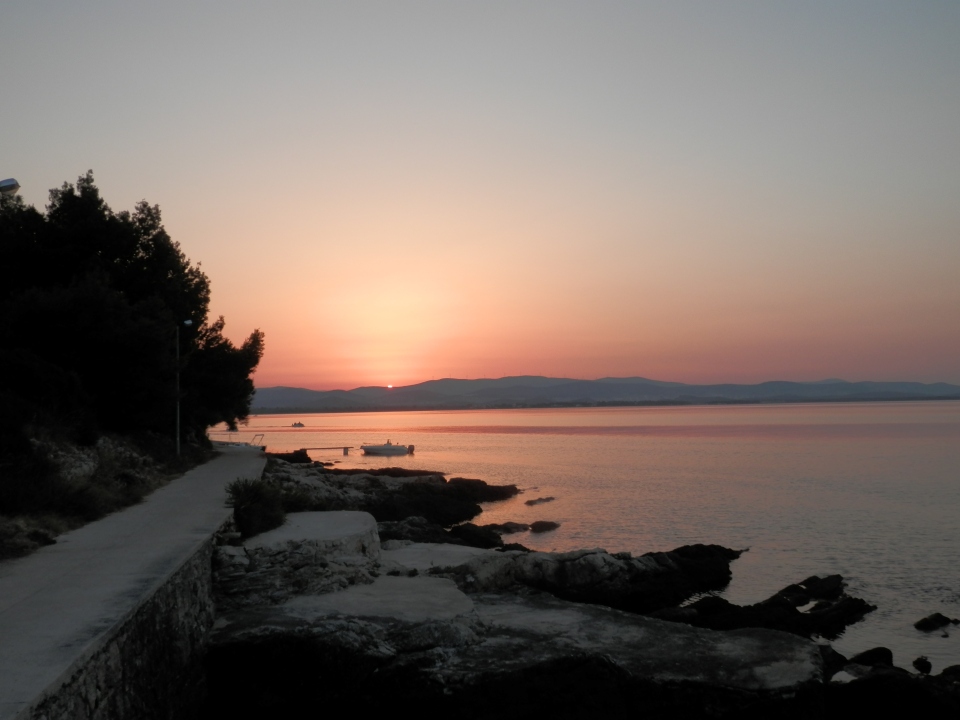 Well it has been a while since my readers have been rewarded with a new posting.  I thought it was time to do my annual update of the swim season. Loyal readers will recognise that I use the season that starts on 1 June each year, and finishes on 31 May. While this may seem odd, it does match with some of the tests used for annual tallies of distances swum in races in Australia kept by oceanswims.com. So for now, I will continue to use the same season definition.

So for the twelve months ended 31 May 2014, I competed in sixteen ocean swim races, covering a distance of 32.3 km, and gaining five top ten placings in my age group. Once again this year, I did do some international races, with two in Vanuatu, and the other fourteen were in Australia. It was an odd season in Sydney as a number of races I had entered were cancelled due to adverse sea conditions during the summer months resulting in a reduction in the number of events I completed when compared to previous seasons. My career total of open water swim races now stands at 75 with a distance of 145 km swum.

So that is enough of the boring statistical background. Now for the highlights of the year, and this year there were quite a few. 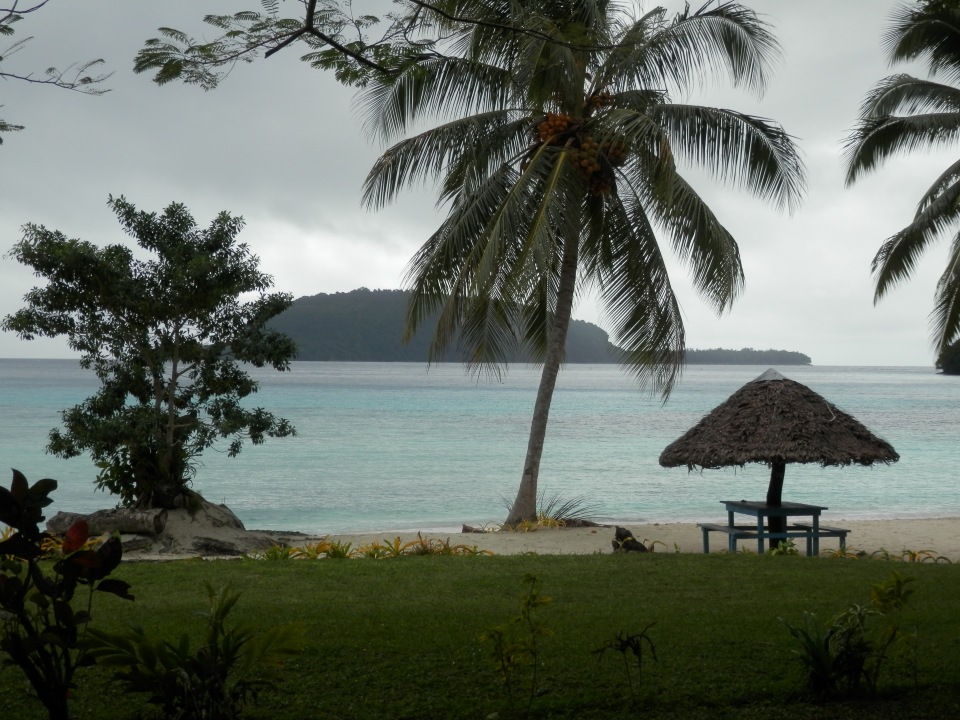 Just another beach in Vanuatu at Lonnoc Bay

The year started with a fantastic trip to Vanuatu in the South Pacific to compete in two races, and to swim at some stunning places with coral reefs, warm clear water and great company being the highlights. If you ever get a chance to swim here you must take up the opportunity as it is absolutely stunning.

Four days after getting back to Sydney from Vanuatu, it was off to Cornwall in England to attempt to obtain my beach lifeguard qualifications. Even though it was late June when I arrived, the difference in water temperature and conditions was huge. From swimming in 29 degree water in Vanuatu, to swimming in 12 degree water in Cornwall; a shock to the system. I was cold even with two rash shirts, a wet suit, and two swim caps. I survived the conditions, gained the qualifications and adjusted to the cold water. By the end of my stay there I was swimming in 15 degree water wearing just my speedos. Once I got used to the seven metre tides, I fell in love with the Cornish beaches with their long stretches of sand at low tide, and the dramatic cliffs. 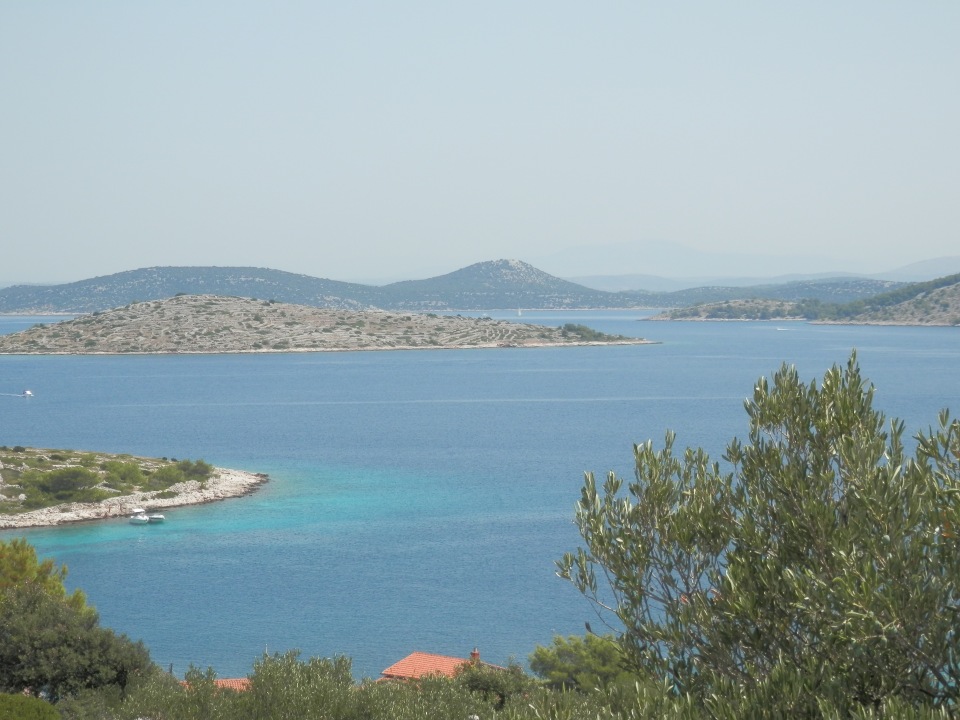 View from Kaprije Dalmatia towards Tijat

After Cornwall it was off to the island of Prvic Luka in Croatia to work for six weeks as an open water swim guide. The island has no cars, and is part of the Sibenik archipelago on the Dalamation coast about one hour drive north of Split. It was idyllic location for open water swimmng with no tides, no swells, no sharks, and crystal clear warm salty water, and plenty of glorious sunshine. I fell in love with this place, as the light reminded me so much of Australia, and the locals were so welcoming despite my inability to learn much more than hi and thankyou in Croatian. The people I guided would come for a six day swimming holiday and would swim morning and afternoon on five of those days. It was a joy to work with people from England, Wales, Ireland, Canada, USA, Netherlands, Germany, Italy, Switzerland, Spain, Singapore and Australia who all shared a love of swimming. I even was able to impart some of my knowledge of swimming technique to some of the swimmers in order to improve their efficiency in the water.

But all good things must come to and end, and too soon my six weeks posting was over, and it was time to board that plane to fly back to Australia. I managed to get four races under my belt at the start of the season, starting with my traditional opening event of the swim around Cockatoo Island in Sydney Harbour. Another swim around Wedding Cake Island at Coogee, and then a couple of swims at Toowoon Bay on the Central Coast and that was it for the 2013 calendar year. There was also the Now You Hear Night in Woolloomooloo in Sydney I spoke with nine other swimmers on the topic of our favourite swims, which was recorded for ABC Radio. 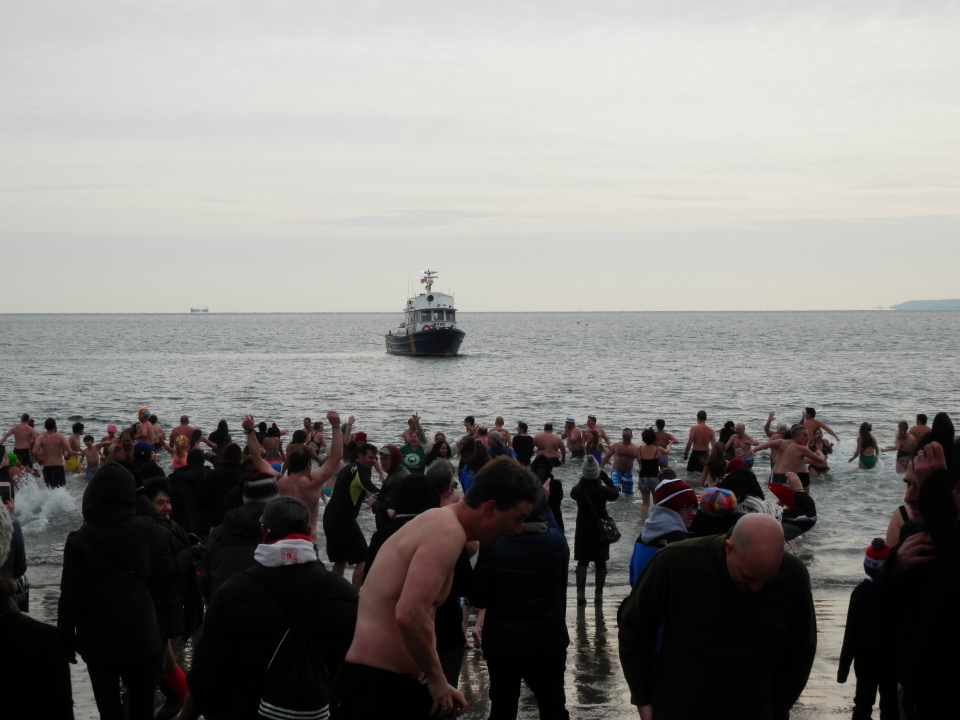 Time to fly out of Australia again, and this time off to New York City to enjoy the polar vortex when the temperature plunged to -15c with lots of snow. The swimming highlight of this trip would have to been the New Years Day plunge at Coney Island with 2000 other crazy souls. On that day the air temperature was -2. the wind chill was -6, and the water was a balmy 4 degrees, which is the coldest conditons I have ever endured. Needless to say my plunge was one of the longest minutes of my life, and I have never managed to get so many layers of clothing back on so quickly until that day.

Part of the course for the Australia Day Swim

Once again a long flight home just in time to do the Australia Day swim at the Sydney Opera House. Back to Manly to do two events at the Coles Classic which is held at a lovely location, and for a change we were able to finish with the surf at Manly. After that was Malabar for the Murray Rose Classic, North Bondi for another couple of races, and then the Cross the Lake swim. This was my longest swim of the season, and you really could not have asked for better conditions, with early fog clearing to a warm sunny windless day. The season finished with a couple of events at Terrigal in late April, followed by one last swim with the regular group at Manly in mid May.

Coming back through the surf

So overall a fairly amazing twelve months in my swimming advenutres. I participated in swimming races in two countries; swum in open water in the Coral Sea, the Irish Sea, the English Channel, the Adriatic Sea, the Atlantic Ocean, and the Tasman Sea; swum in five countries (Vanuatu, England, Croatia, USA and Australia), and was paid to swim and guide other enthusiasts in exotic locations.

Now for the next twelve months, who knows where my swimming will take me?