Posted on April 5, 2013 By greginthewater 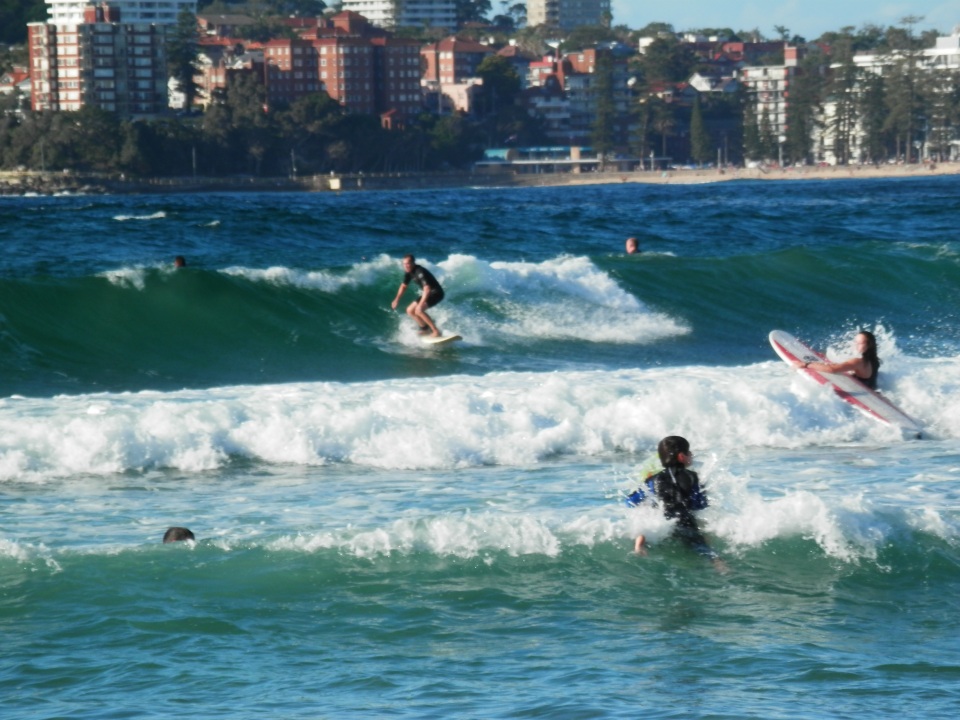 Surfers before the swim started

Good Friday, and when the swim calendar had been published earlier in the season, this date was free. However, the Freshwater swim that was originally scheduled for earlier in the season was adversely impacted by big seas, forcing the postponement to this date. Usually Easter is a great time to swim with warm water, and small surf, so it appeared to be a good idea. The week of the swim was superb weather with warm days in the mid 20s and no wind: perfect for an ocean swim.

However, Good Friday was one of those days where the weather gods were not as kind as earlier in the week. The swell was forecast to increase to 2 m from the south, and the wind was to move onshore as the day progressed. There was a touch of autumn in the air with a cool breeze blowing.

I arrived at the beach earlier than I had anticipated due to the lack of traffic on Sydney’s roads. The beach is located just north of Manly on the northern beaches of Sydney. I was looking forward to swimming again, after missing last weekends events due to a lack of regular training caused by unusually heavy work commitments.

After registration for the swim in the surf clubhouse, I walked down to the beach to have a look at conditions. I had never been to this beach before, so I wanted to familiarise myself with the beach. I was surprised to be greeted by some waves for a change: it has been quite a while since I have raced in waves of this size. I also knew that high tide was due at about the time the race was due to start, so I expected the sets to get bigger.

I caught up with some fellow squad members and we talked about the swell and the course. Some of us were looking forward to the challenge more than others. I mentioned to the Reporter (who had her eldest daughter with her), that she had beaten me in one race over the years. Little did I know at that stage that today was to be the second.

As the start time approached, the swell kept getting bigger. I was in the second wave off the beach, which is normally a good thing. However, today I would have preferred to be a in a later wave so that I could see the earlier waves negotiate the shore break. I did notice that quite a few headed left in order to get the assistance of a small rip. But this appeared to create issues further out  when they had to veer right to get to the first buoy.

My wave entered the water, and I was tentative getting in. It had been quite a while since I had been in conditions like this, and I knew my fitness was not as high as it had been due to a lack of consistent training. I had decided to put my goggles on under my cap to ensure they stayed on easier.

Out through the shore break I was swimming slowly, going under the waves and looking forward to the next wave. It seemed to take quite a while to get out to the first buoy off the northern point, but we were swimming straight into the wind and swell. As I turned the first buoy I had to go wide so that I could stop and put my cap back on which had been knocked loose by the waves. Frustrating.

View over the pool back towards the beach

The reach across the bay was punctuated by the rise and fall of the swell; fun. I tried to concentrate on my technique, but I quickly noticed that I was being passed by the next wave already. Not a good sign.

The next buoy was not easy to see due to the rise and fall of the swell, but there were plenty of swimmers in front of me so just followed them. Of course I remembered that adage that I should not blindly follow them as they may not know where they were going either. But I knew roughly which way to head. Got around this buoy and wow the push of the swell was awesome as we headed back toward the beach. You could really feel the wave as it urged you back to shore.

Back across the bay again the way we had come, and by this time I did notice that the swell was definitely increasing. That should make it interesting getting back to shore. I noticed at this time that the cub reporter was swimming near me, so I went over and tapped her toes just to say hi.

Around the last buoy and there was  decision to be made. Would I go towards the left of the finish line and let the sweep push me to finish towards the rip? Or should I go well left and use the waves to get back to the beach and then run along the sand to the finish line? By this time I was getting tired, so I just headed to the finish line. As I crept closer to the beach I could feel myself tense up as the big sets came through. I remember looking round at one stage and seeing this wall of water coming my way and thinking uh oh.

But I negotiated it, just. I did see one lady putting her hand up for rescue at this point, and a small part of me was tempted to do the same thing. But this swim was race six in the seven race oceans swim series, and I wanted to finish to get in the top twenty. So I put my head down, and kept swimming, breathing behind me to keep an eye on the surf.

Finally I made it to shore and I walked over the finish line. I had finished, and I was tired. I also knew I had not swum a fast time, but I was very happy that I had finished. 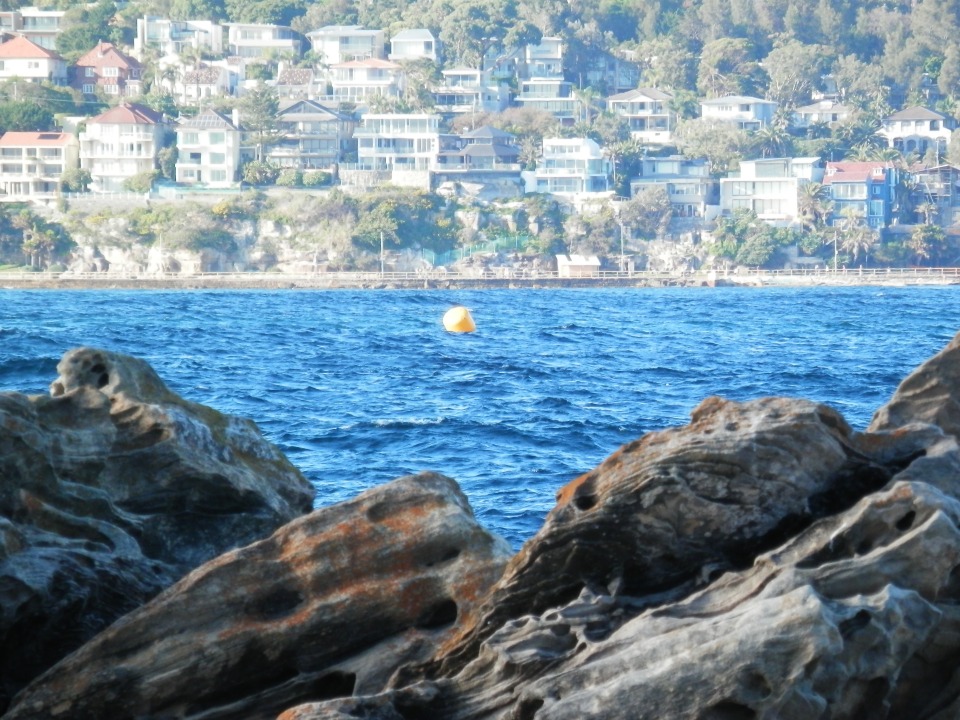 I gladly took the fruit and water on offer at the finish line and walked over to talk to some of my fellow competitors. The comments ranged from that was a lot of  fun, to that was so scary.

For those of you interested, the Reporter did beat me for the second time, and she was so pleased with herself. Congratulations, you always seem to do better than me in choppy conditions. No excuses from me.

But  I was already plotting revenge for Easter Sunday for the swim at Bondi. Bring it on.