Posted on February 20, 2017 By greginthewater 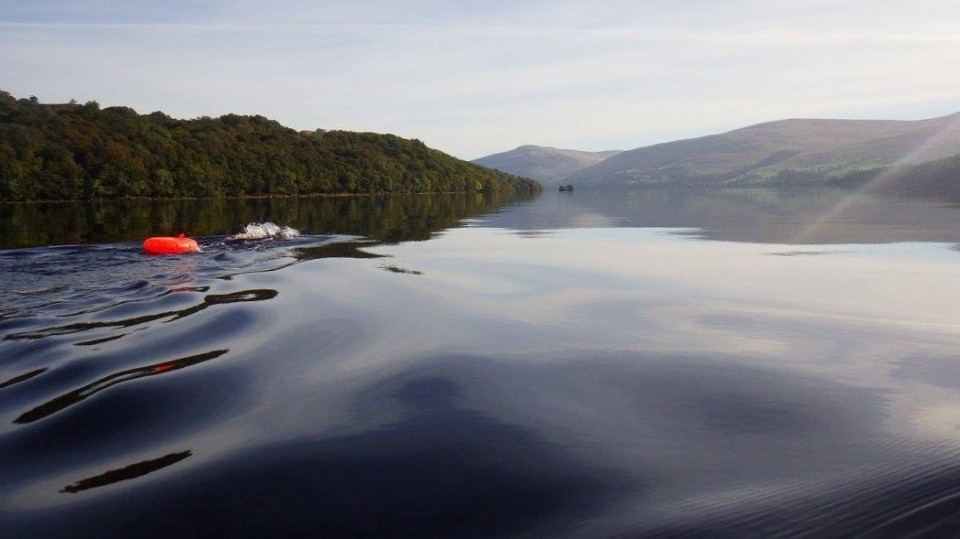 One of the highlights of the year, the swim down Loch Tay

The year 2016 in review. I used to do an annual review talking about the 20 or so open water swim events I had competed in. But 2016 was different, because even though I swam in nine events, the highlights were definitely what is called wild swimming in the UK. This involves just getting in the water and swimming: and we are blessed with so many choices here in Scotland.

But first some raw stats. I competed in nine events in 2016 to take my overall tally to 93 events competed in since November 2008 when I did my first event. I managed four top 10 places overall, and swam a total of 45.4 km in those races. I competed in my first and second 10km swims, did a 8.4 km swim, and two 5km swims. I even competed in my first race in Europe in Croatia where I swam a one km and a 5km swim. Of the nine swims, two were in Croatia, one in the Lakes District in England, and the other six were in Scotland.

So my racing highlights would include doing my first ever 10km event, which was down the River Spey in the Scottish Highlands with a water temperature of 12c. I also competed in the Great Scottish Swim 10km race in Loch Lomond in August and swam faster than I had downstream in the Spey. I used to be in awe of those swimmers who had swum those distances, but now I am one of them. 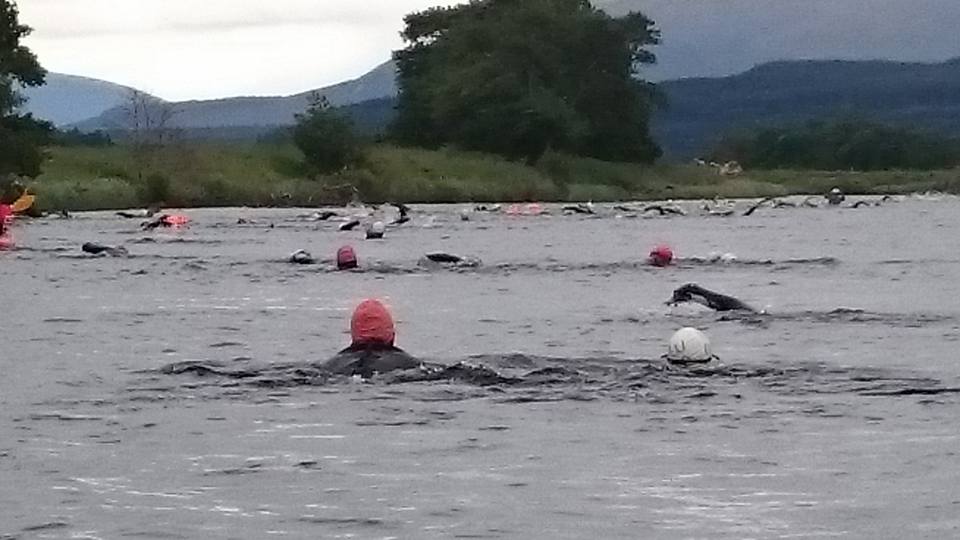 Just after the start of the River Spey swim

The races in Croatia were fantastic for the atmosphere of tuna steaks on a bbq for the post-race snacks, and the fashion in which I escorted a 5k newbie around the course and the applause from fellow swimtreckers at the finish line. It was great to race without the wetsuit again for the first time in two years. 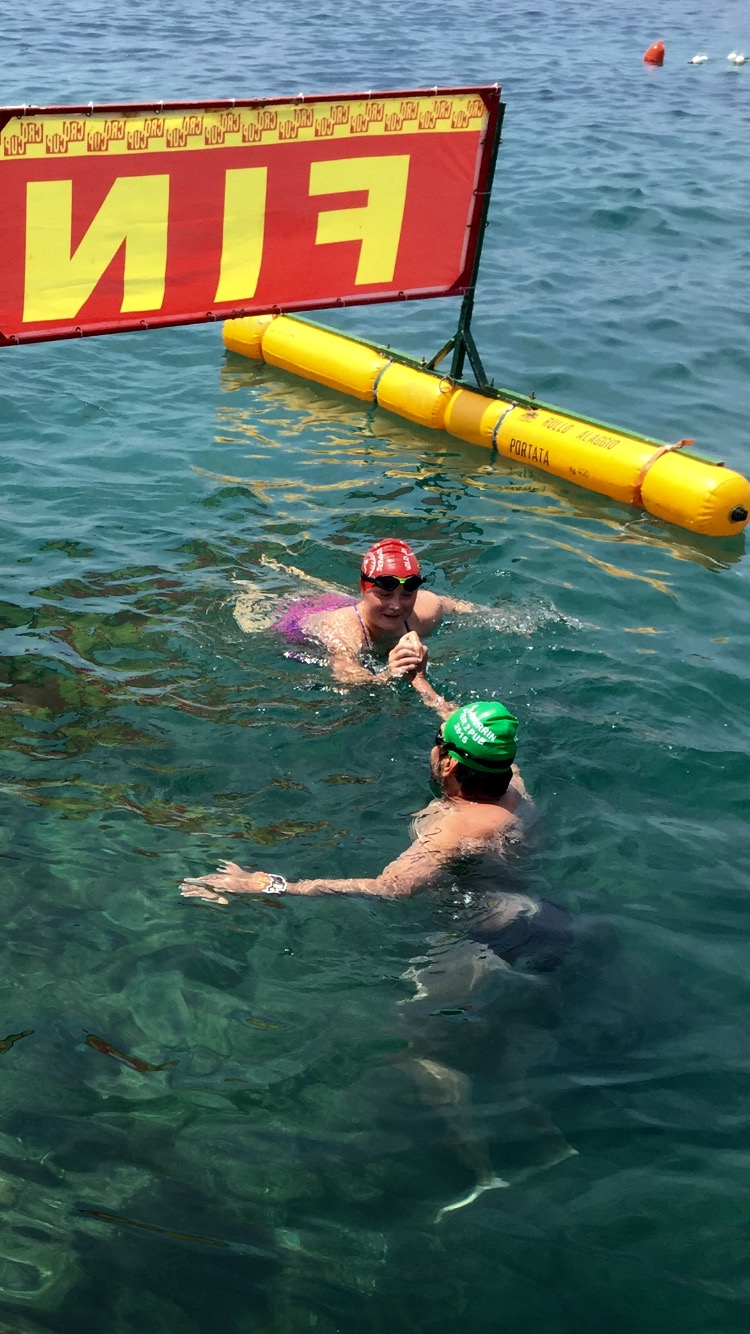 The handshake at the end of the Croatia 5km

I also completed my first race in Scotland in what is called skins, which is without the wetsuit. I did the Pier to Pub swim in skins, and yes it was cold, but magic.

Now that I have done 93 swims, I am within site of that magic century. Will I get there in 2017, or will I do more wildswims?

Speaking of which, my recreational or wild swims were awesome in 2016. I started the year swimming in the freezing lochs in Scotland in my wetsuit, including one memorable swim in Loch Chon when we swam alongside the ice. As the water slowly warmed from 4c in February, the swim times increased from 15-20 minutes up to 45 minutes.  I can honestly say that you notice the temperature when it gets to 10c and want to celebrate the fact. In June we had a few weeks of relatively warm sunny weather, and the water in our playground in Loch Lomond jumped to 16c.

I did two Swimtrek trips over the year: one in Prvic Luka Croatia, and the other in Milos Greece. Both trips were amazing, and it was great to be go back home to Prvic Luka where the local people are amazing. It was great to make my first ever trip to Greece, and to meet people from around the world who share my love of swimming. 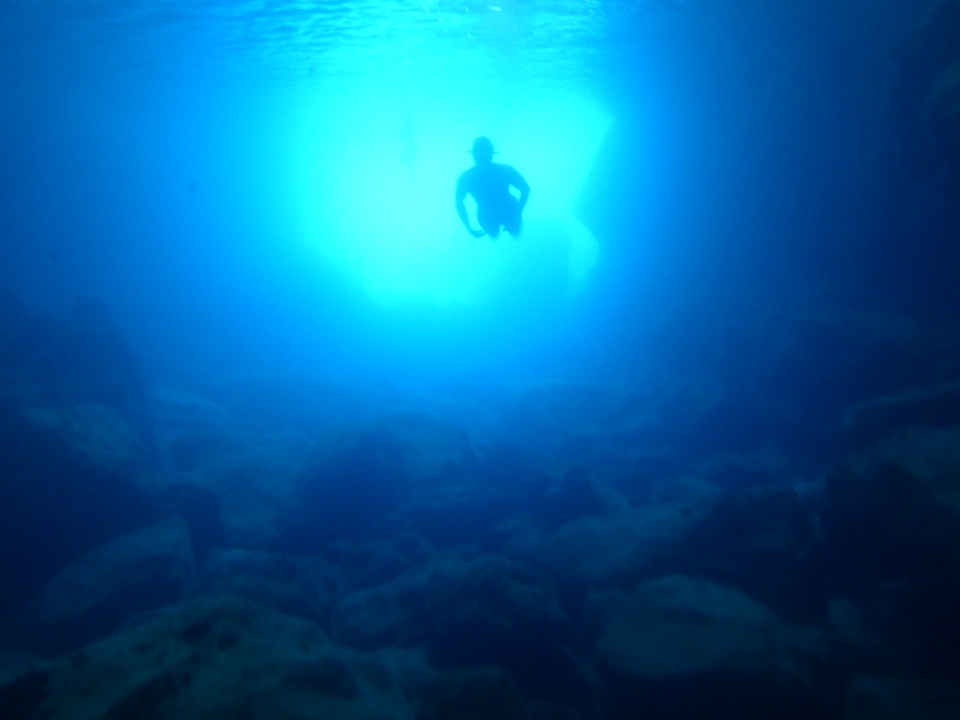 Only one example of the amazing water in Milos

There was also the group who swim most mornings at Balloch on Loch Lomond, another group of swimmers who were great to swim with, though I could not get to swim with them often enough.

And how could I forget Loch Tay, my longest swim to date of 16.7km in just over five hours. True I did not manage to make it from one end to the other (a total of around 23km), it was an incredible swim that was only possible due to the generosity of an amazing group of people (you know who you are). Each and every one of one helped make that weekend one of the highlights of the year for me. Special mention to Vince who swam the whole length, and George who paddled alongside me the whole way.

Lots of swimming, explored new places, swam in  yet more Scottish lochs (Loch Leven, Loch Tay), and added Greece to my list of countries I have swum in.

I am conscious that my outdoor adventures in the water have changed from racing events to recreational. In Australia, it was not common to swim long distances in the oceans outside of events, due to the inherent dangers from the natural inhabitants of the marine environment. Now I live in Scotland, I can swim in the lochs without fear of marine life, and only have to worry about the cold water. That does change your focus somewhat, but I still enjoy the thrill of competing and pushing myself against the clock and the field. I also enjoy the challenge of long swims with friends, supporting each other, and learning about your own limits.

The year finished with great swims in Loch Ard and Loch Lomond in December (but that is another story). 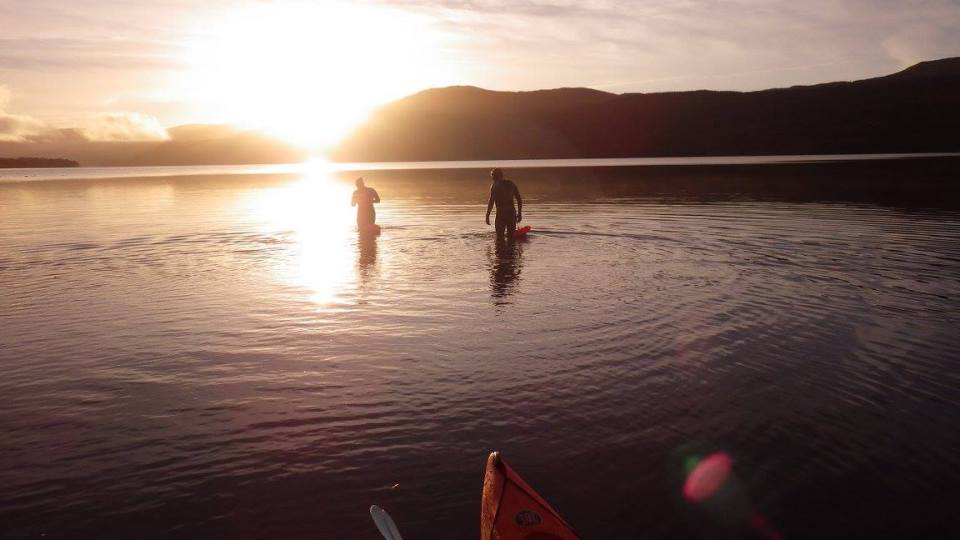 In we go to start swimming down Loch Tay