Posted on January 17, 2017 By greginthewater

Just some of the sea caves and arches in Milos

A week after our grand adventure up Loch Tay, it was time for some relaxing swimming in warm water. A Four of us ventured out to Greece to swim on a Swimtrek trip on the island of Milos. The island is located in the Aegean Sea between Athens and Crete. After making it through the delights of a Scottish summer we were looking forward to a week of sun and warm water. The island is famous for the Venus de Milo statue which stands in the Louvre in Paris.This statue was found on the island in the early 1800s and the locals call it Aphrodite which is the Greek name of the Roman god Venue.

Now I have swum in some amazing places around the world, including the golden beaches of Australia, coral reefs in Vanuatu, the pristine waters of Croatia, the stunning lochs of Scotland, and in and around New York City. However, I have never swum in a place like this. We swam over sunken cities, into sea caves, around sea stacks, through sea tunnels, down and through underwater arches, over sulphur vents and volcanic rock piles that heated the water.  Each day there were objects to explore and amazing things to see. I even set a new personal worst for the slowest 400m swim with fins of 25 minutes as I drifted in and around the incredible formations around the volcanic island. To swim with a warm sun on my back in warm water, having left the wetsuit behind was fantastic. Sure there were times we had some swell to deal with as the wind blew from the north, but I really loved the challenge of bouncing around in the sea once more, which is something I do not get to do often enough. However, we mostly were able to find places out of the wind due to the local knowledge of the crew.

Over the week I swam 25 km with the longest swim just under 3.5 km. But this trip was not about getting the distance up, but more about exploring and finishing the summer swim season with a bang. The guides were fantastic, the local boat crew were incredible, and all the swimmers were great company.

For regular readers of this blog you will know that I tend to write a description of the swim, and include a few photos. Well this time I will let the photos do the talking.

If you want a swimming holiday with lots to explore, on an island with so much history that you can reach out and touch, with great weather and good food, then I would suggest this one. But shhh do not tell anyone else….

Swimmers going through an arch towards a sea-stack

The water really was this clear 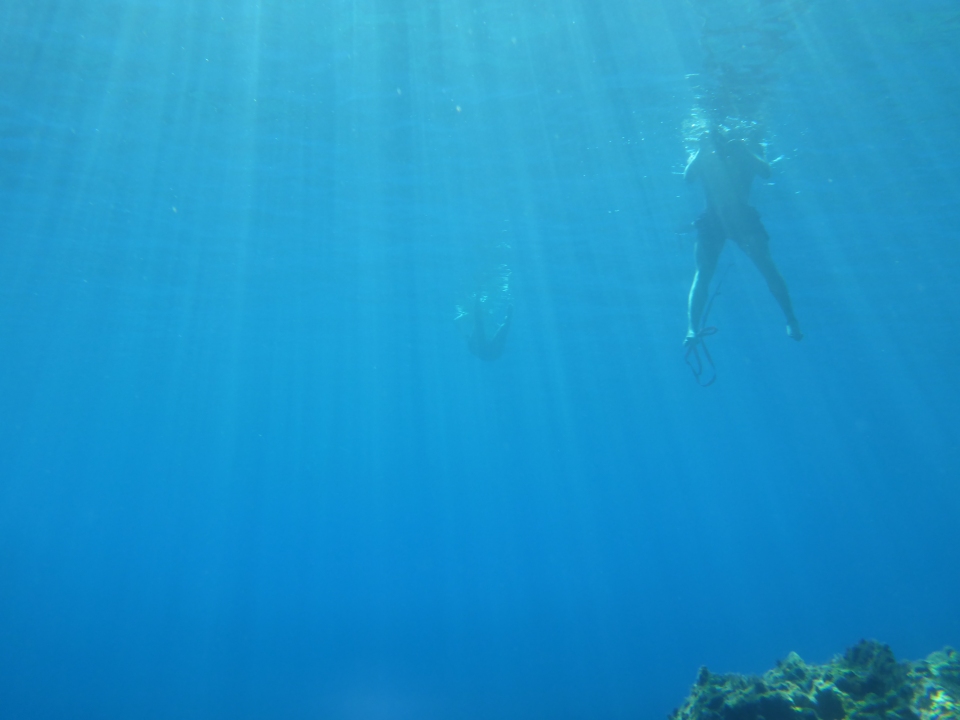 The sun forming a curtain around the swimmers

Just another cave to explore

Caves used by pirates in days of old

Around each corner there is something else to explore 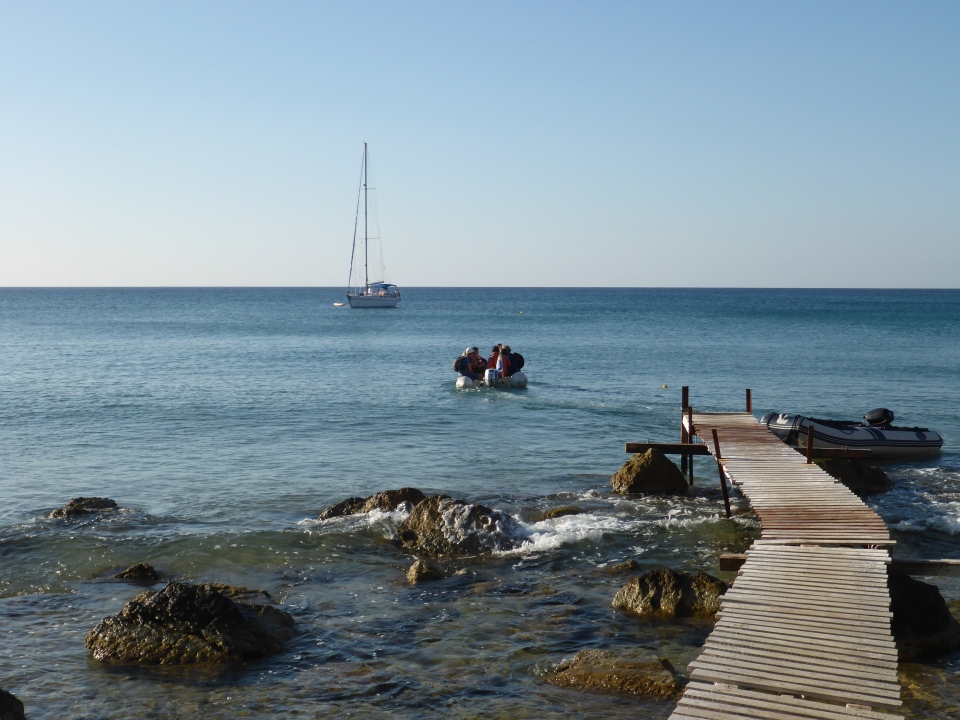 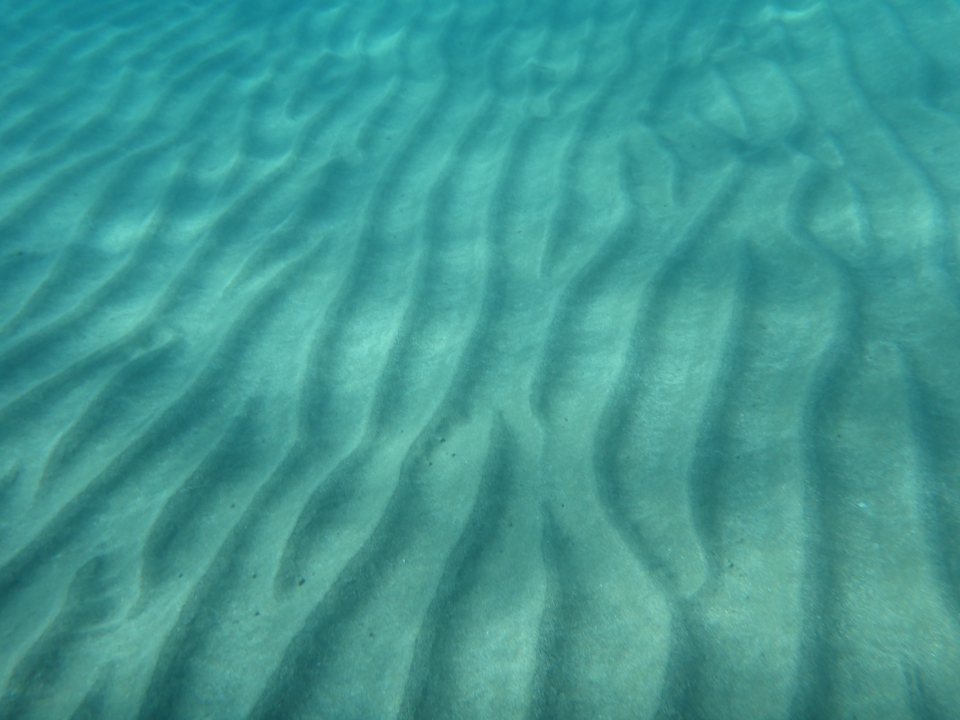 The rippled sand on the seabed

The scene at lunch one day 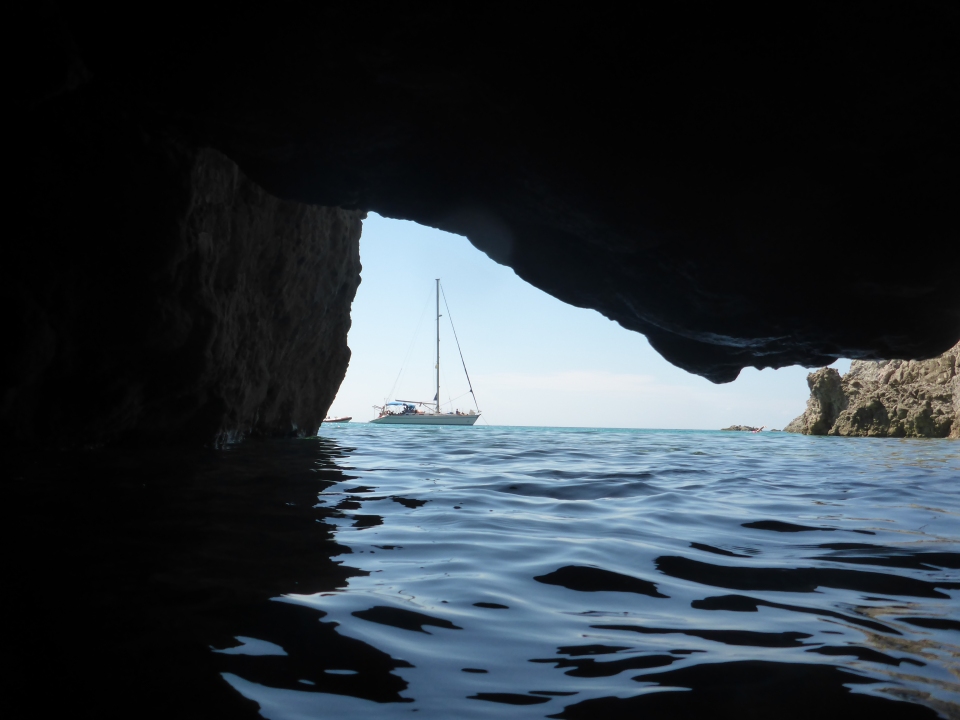 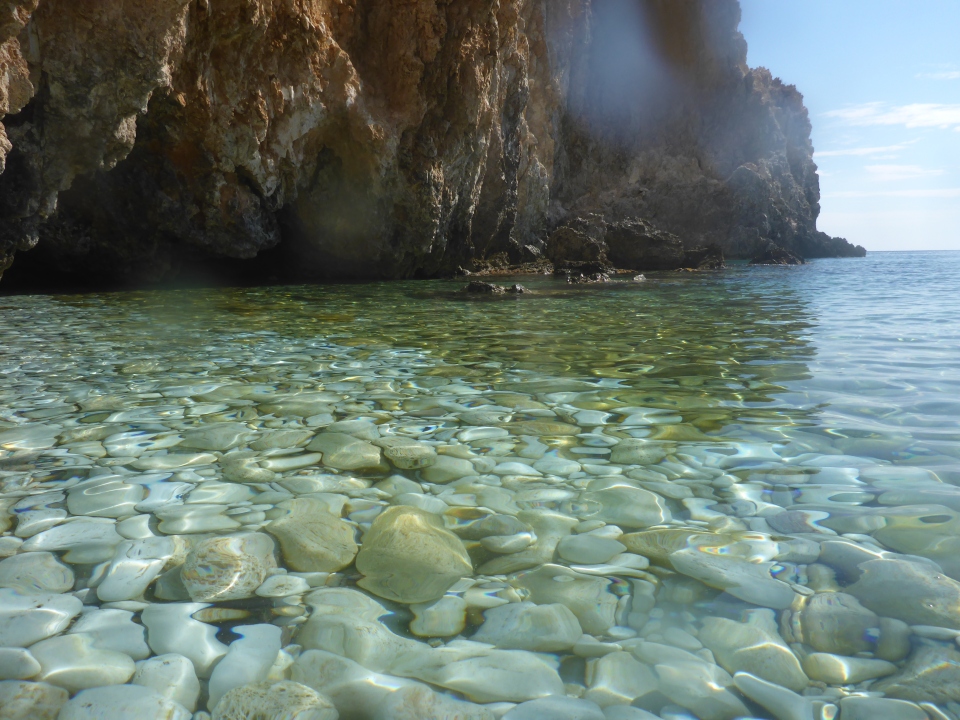 One of the pinks easing through an arch

Swimming towards the light

The Aphrodite our vessel for the week 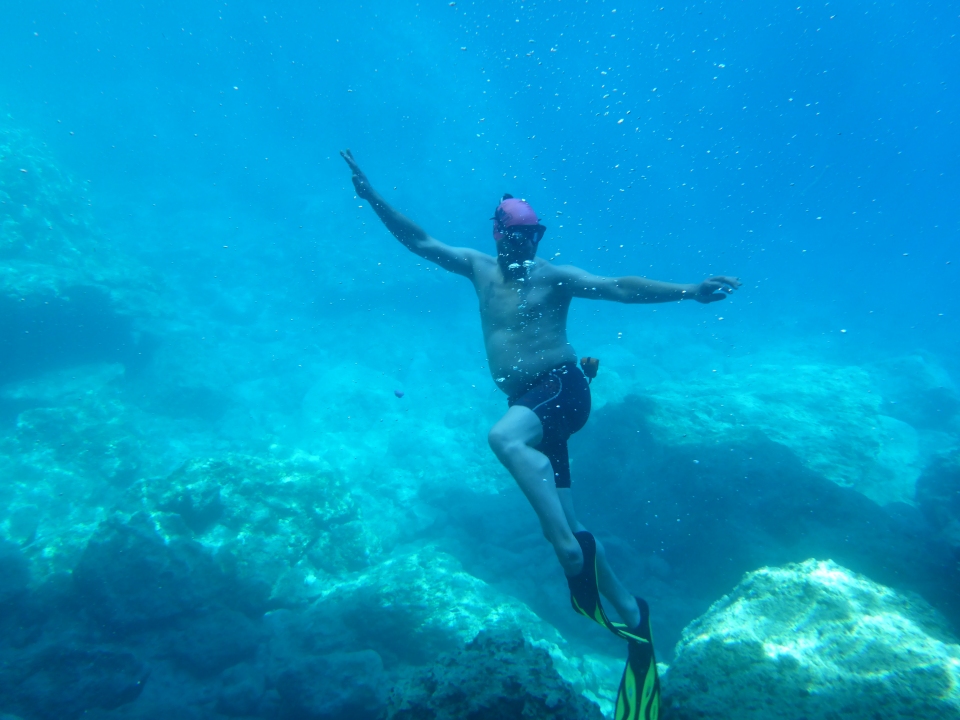 It says it all really

The colourful fishing boats at Pollonia the village we stayed in 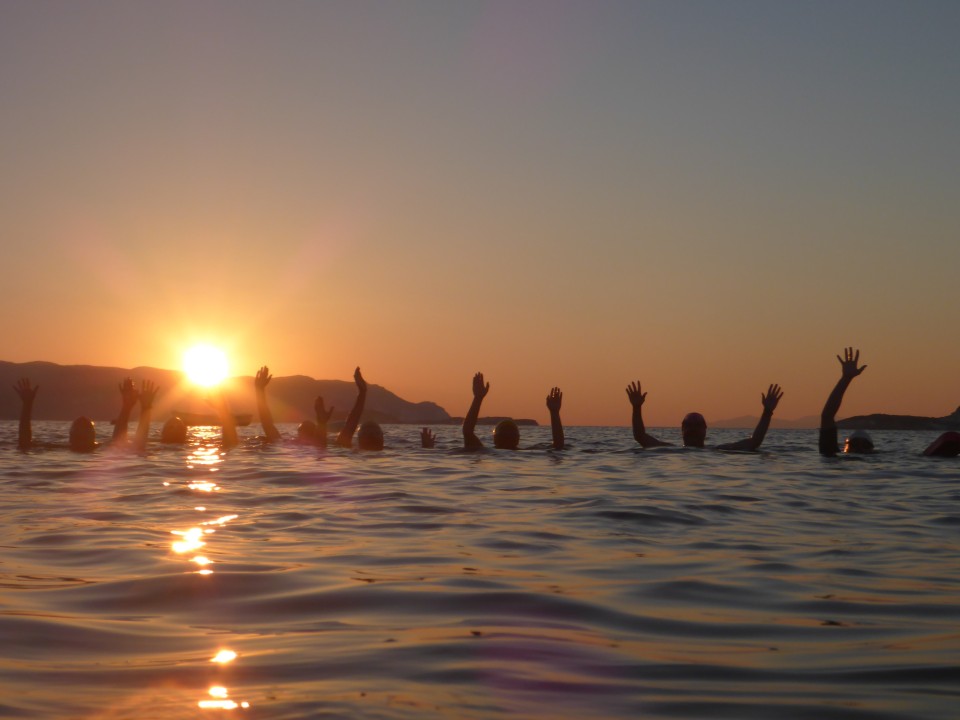 Our final swim at dawn on the last morning