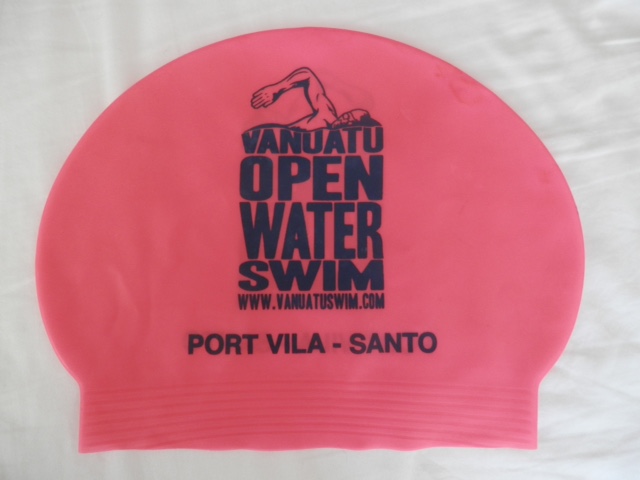 Swim cap from races in Vanuatu 2013

On the morning of Friday 13 March 2015, the idyllic island paradise of Vanuatu was smashed by Cyclone Pam. The category 5 cyclone (also known as a hurricane or typhoon) roared in from the north with winds of up to 300 km/h (185 mph) and flattened everything in its path. The island chain was battered by the storm with large waves and storm surges adding to the misery. It has been estimated that 90% of the houses have been destroyed and most of the crops destroyed in this largely subsistence culture, putting a huge strain on this poor nation’s resources. Luckily the number of deaths has not been high.

When I heard the news from the other side of the globe I was devastated, as I visited Vanuatu in 2013. It is one of the most beautiful places I have visited, and the local inhabitants are extremely friendly and happy. The tropical island chain is perfect for open water swimming with warm water protected by coral reefs (though of course care has to be taken in navigating the coral outcrops). 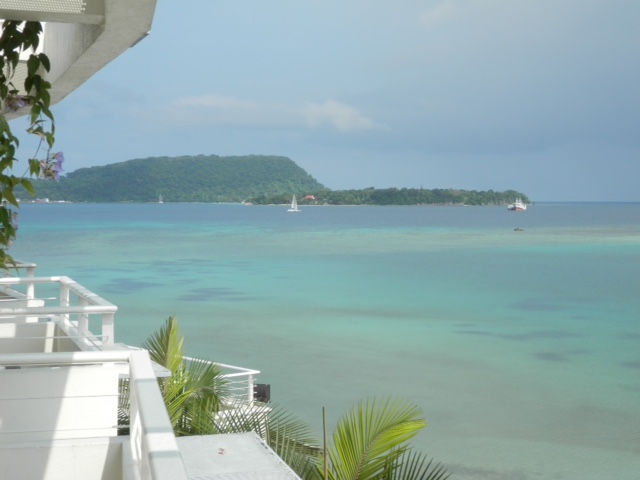 This photo shows the serene harbour in Port Vila the capital city. I saw pictures taken during the storm with waves 5m high crashing against the harbour wall, adding to the destruction of trees stripped of leaves if they were left standing at all.

I know that this island nation will recover, but it will require assistance from its neighbours. At the time of writing help has been flowing in from Australia, New Zealand and the UK. The ABC in Australia also had a huge fundraising appeal for Vanuatu, and donations are flowing in to various charities.

Champagne Bay on the island of Espírito Santo

I have also seen reports on http://www.oceanswims.com about what can be done to help. They run trips to Vanuatu in June each year and at this stage plan to go again this year. The tourism industry forms somewhere between 20% and 40% of the economy, so it is important that this continues. I hope so.

I have also seen photos of whole islands that have been denuded of trees by the storm. This will make it a huge challenge for the cocoa copra and coffee industries in the islands.

One of the blue holes that are incredible

So my thoughts go out to the people of Vanuatu. Please if you can make a donation to help with the recovery after the devastation of Cyclone Pam.