Posted on October 29, 2017 By greginthewater

My first summer race of 2017 was the Royal West of Scotland Amateur Boat Club (RWSABC) Cross Clyde Swim from Kilcreggan to Greenock. This swim is in the lower reaches of the Clyde River as it flows through the Firth of Clyde out to the Irish Sea. It is an annual swim that is only held when conditions are favourable. I had the pleasure of swimming in the RWSABC 150th Anniversary swim last season, so I looked forward to this 3 km race.

The competitors before the start

There was the option of swimming in skins (no wetsuit) for this event, but even though I had done plenty of skins swimming, I decided to wear the wetsuit. The main reasons were the chance of encountering the dreaded lions mane jellyfish, plus the lack of recent training.

Joe the organiser of this event wanted us there in plenty of time to get the briefing underway, take the photos, and then to transport us across to the start line. Kilcreggan is on the north shore of the river, and is part of Argyll, while Greenock the finishing point is on the southern shore. It also gave time for the kayakers to paddle across to the start point. The ride across in the rib was fun, though I did notice there was a bit of chop out in the middle. Luckily the wind was going to be behind us, and with an incoming tide as well, the times should be fast. I was confident that Vince and Jade from WWS would do quite well, and I was just hoping to keep up my 100% finishing record. 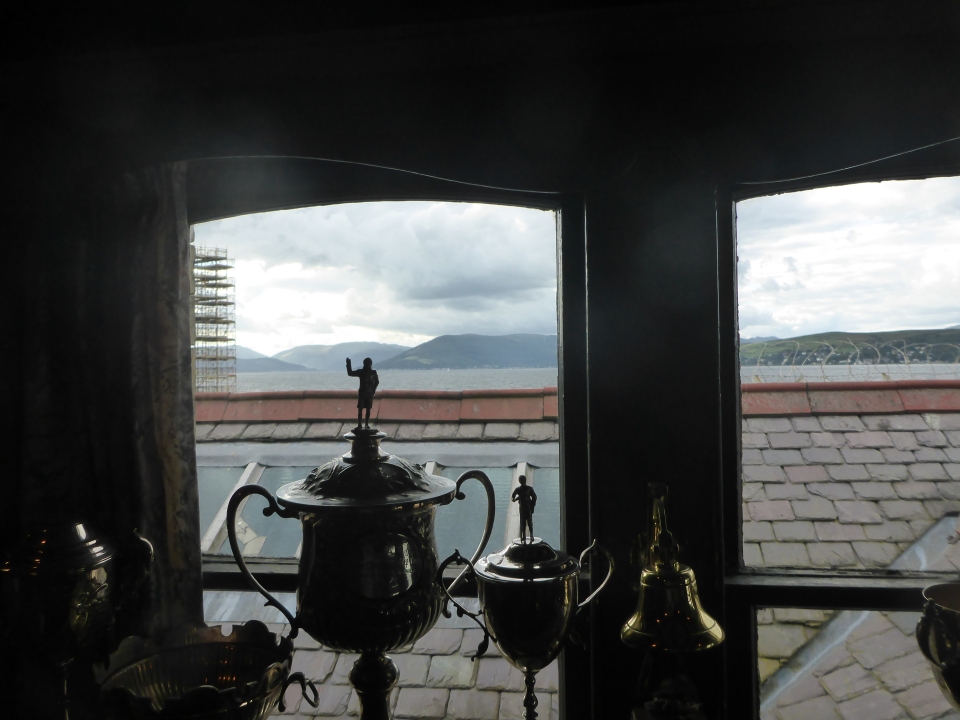 Some of the trophies at the RWSABC

As we stood on the shore at Kilcreggan out of the wind, with the sun beating down, we looked into the distance to try to get our bearings of where to swim to. I had not swum on this side of the Clyde before, and it took a little time to work out which hill and buildings would be good sighting points. Finally as the twenty-nine swimmers gathered, we were given our final instructions. 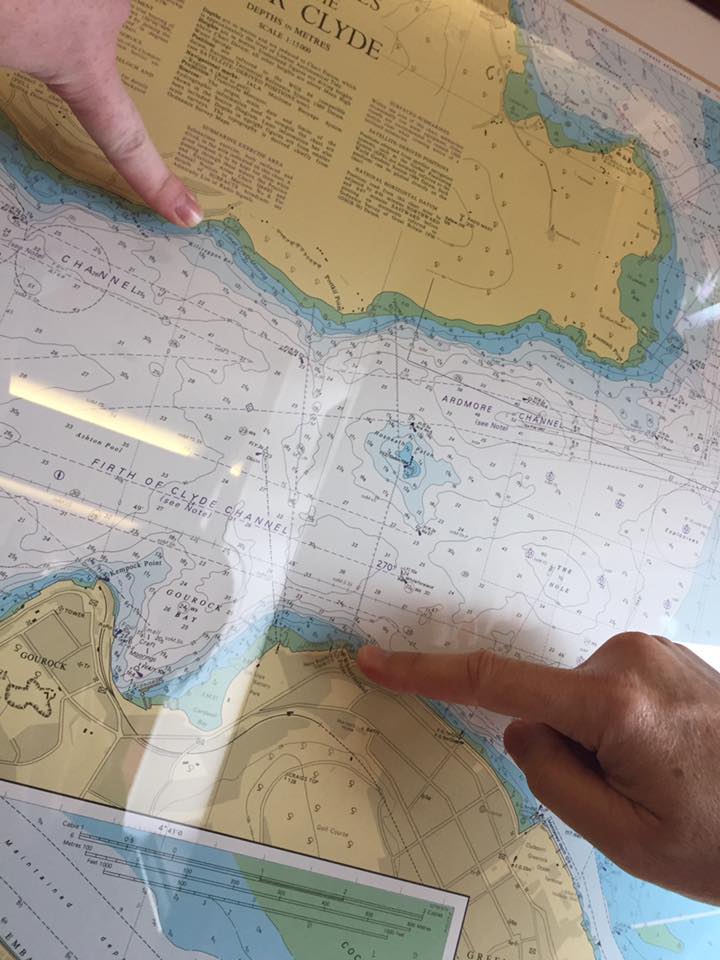 My tactics for the race were simple: finish and not to worry about racing anyone else. The start was quite sheltered and the fast swimmers were soon out of sight. I noticed that I was in the middle of the course with kayakers visible on both sides of me as I alternated my breathing. I could see a yellow channel marker in the distance, and thought that was a good place to aim for. I could see that I was keeping other swimmers in my eye-line on either side, which reassured me that I was heading in the right general direction. I remembered that part of the briefing where we were advised not to go too far left as it would be more difficult to swim against the tide at the finish.

I sighted my first big jellyfish, but luckily it was around 3 metres underneath me in the water. Then I saw another, but once again it as well underneath me. It was time to relax and enjoy the strange beauty of these creatures. The further we went in the swim, the stronger the following wind became, and its interaction with the tide resulted in some decent chop to contend with. I swam into some kelp, and my imagination immediately thought I had run into a rogue jellyfish. However, no stings, so just some debris on the water.

I was starting to get a bit tired at the 2.5km mark and could feel my energy levels dropping. By this time the finish line was in sight, and I was very happy with my navigation skills as it was straight ahead. I was catching a swimmer ahead of me, and I then decided to try to catch them. As we edged closer to the finish line we got closer and closer to each other, until I passed them in the last 50m or so.

I finished the race, and felt elated that I had made it. The conditions had not been easy with the following chop causing my body position to shift in every stroke. I was ninth overall in a fast time of 48 minutes for the 3km distance. Vince had come second, Jade was first female and first in skins. Other members of the WWS acquitted themselves very well too.

The presentation was fun, with prizes to each and every skins swimmer for braving the cool 14c water. Another well organised swim, and a real sense of achievement to have swum across the Clyde. Well done to Kristy who realised her dream of doing this swim after living in Kilcreggan for many years.

My first summer race of the 2017 season completed with not enough training.