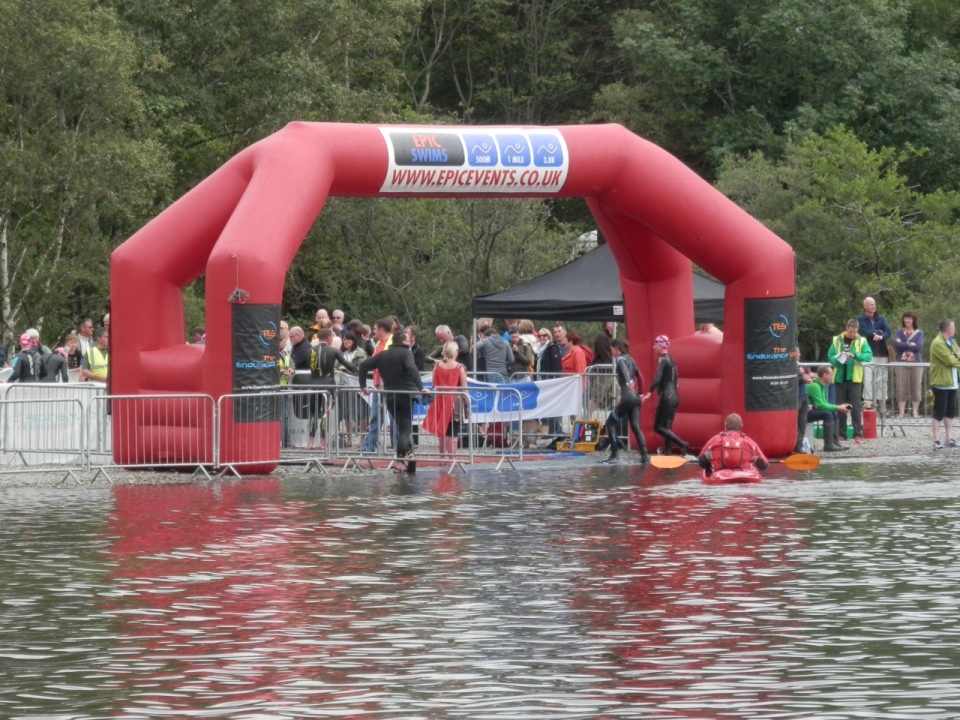 I had been looking for some events to undertake as part of my preparation for the 10 mile swim at the end of September. I found an event at Coniston on the wonderful openwaterswimevents website (www.openwaterswimevents.com) to be held on 16 August. This was the third swim of the season hosted by Epic Events at various lakes in the Lakes District in North West England. They also do events earlier in the summer at Ullswater and Derwent Water. On offer at Coniston were a 3.8km swim, a half-mile swim, and a one mile swim. I thought about doing the 3.8km race, but was concerned my training level had not been of a high enough standard to do that distance, so I entered the one mile race.

As this was the Lakes District the next challenge was finding accommodation, and we found a bed and breakfast within walking distance of the race in Coniston. We drove down from Glasgow on the Saturday and soon hit the infamous narrow roads of the Lakes District area. I found them fun to drive on after a few hours on a motorway, and they add to the charm. 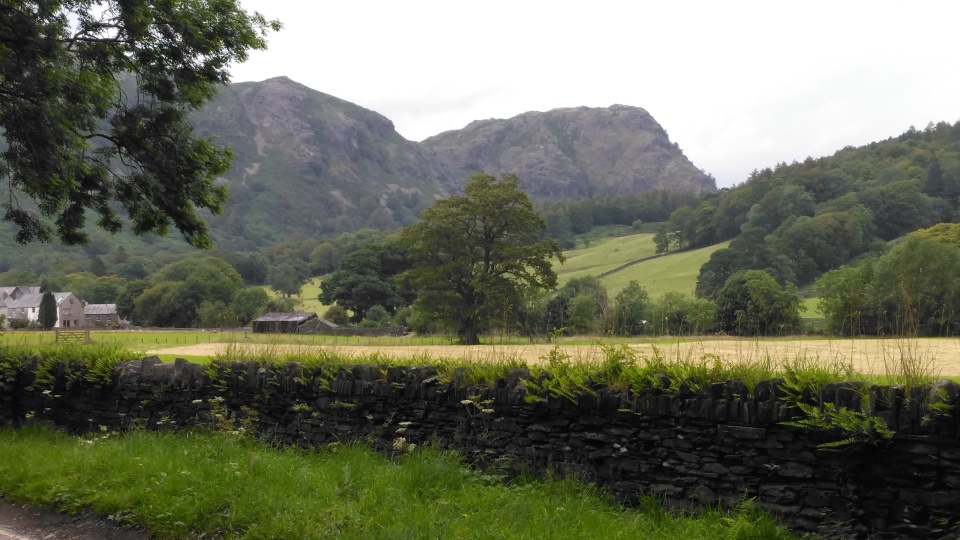 The Lakes District is famous for its scenery like this

On the morning of the swim I had a leisurely full english breakfast, and then walked over to the registration tent to get my timing band, cap and t-shirt. The morning was quite cloudy so I dressed like I would in Scotland on a similar morning, and I was soon sweating with too many layers on. It really was warmer here, and I guess I had adapted to the joys of the wettest coolest summer in 40 years in Scotland.

There was no wind, and I wished that I had entered the 3.8km race instead which started at 9am, especially as I noticed some of the swimmers in that race walking back afterwards with big smiles on their faces. Oh well, maybe next year I could do the longer race. 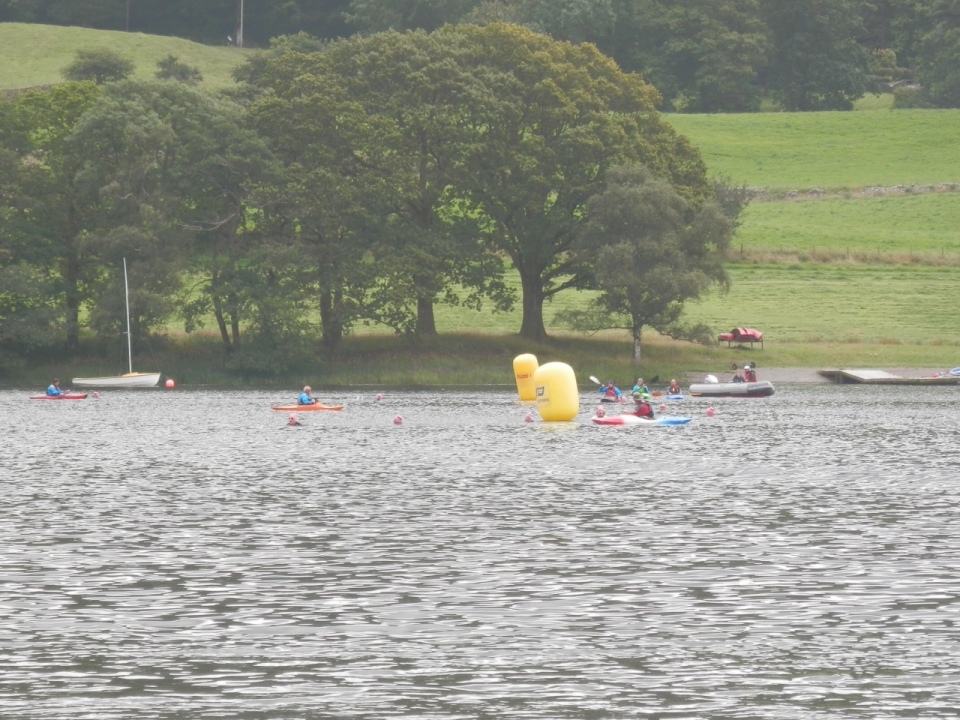 Swimmers near the end of the half-mile race

I met up with a friend from the Wild West Swimmers from Glasgow as she was also doing the one mile race. Like her I had been placed in the fastest wave of the three waves of the race, so we were the first to enter the water for the deep water start. The orange wave lined up near the start line, with the green and pink waves lined up behind us. I did notice that the water seemed a bit warmer than the water in Loch Lomond, and also that a slight breeze was picking up, bringing with it a small chop. The course was a rectangular one where we would swim downwind for about half a mile, then turn right for 100m or so, and then return to the start line and onto the arch on the shoreline. 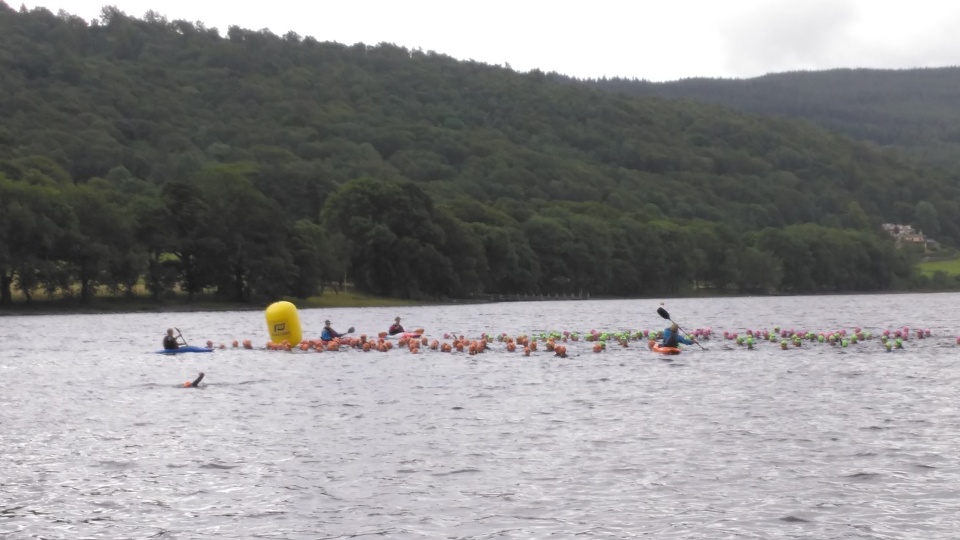 The waves lined up for the deep water start

I am still trying to get used to these deep water starts, as it is something I have not done much before. I decided to wait near the back of my wave to reduce the chance of being swum over, as I was a bit doubtful that I had been placed in the correct wave. After floating in the water for about 10 minutes, we finally started with the normal chaos of arms legs and splashing. I had made the correct decision, as I soon was able to get behind a group of swimmers doing a comfortable pace and I settled into my rhythm. A few of the swimmers were having problems with navigation, so I steered clear of them and concentrated on my sighting.

Before long we had made it to the half way point and I was feeling strong, even though the pace was quicker than I would normally swim. Perhaps those long 4km swims at the quarry were paying off. As we turned to head back I noticed a small chop which brought a smile to my face, as I have noticed that a lot of lake swimmers do not handle it very well. Sure enough I was soon catching other swimmers and passing them, even as some of the fastest swimmers in the green wave passed me.

We were warned that we would notice plant life on part of the course, and sure enough I noticed quite a lot of reeds growing to within a metre or so of the surface. I love swimming over these and to be seeing the Old Man of Coniston as I breathed to the right was just magical.

Getting close to the finish line I tried to sprint, but the pace had been too much for me, so I just maintained my stroke all the way to the arch way.  I ran over the finish line feeling quite jubilant about my English debut. it as great to swap stories of the race with the other swimmers afterwards in that way that swimmers do.

When the results were published, I found out I had finished the mile in just under 29 minutes, finished in the top 20% of the field and 15 seconds off a place in my age group. I was very happy with these times and results.  I would definitely do one of these events next summer, they are well organised, the water is warmer than I am used to, and the lakes are fun to swim in. 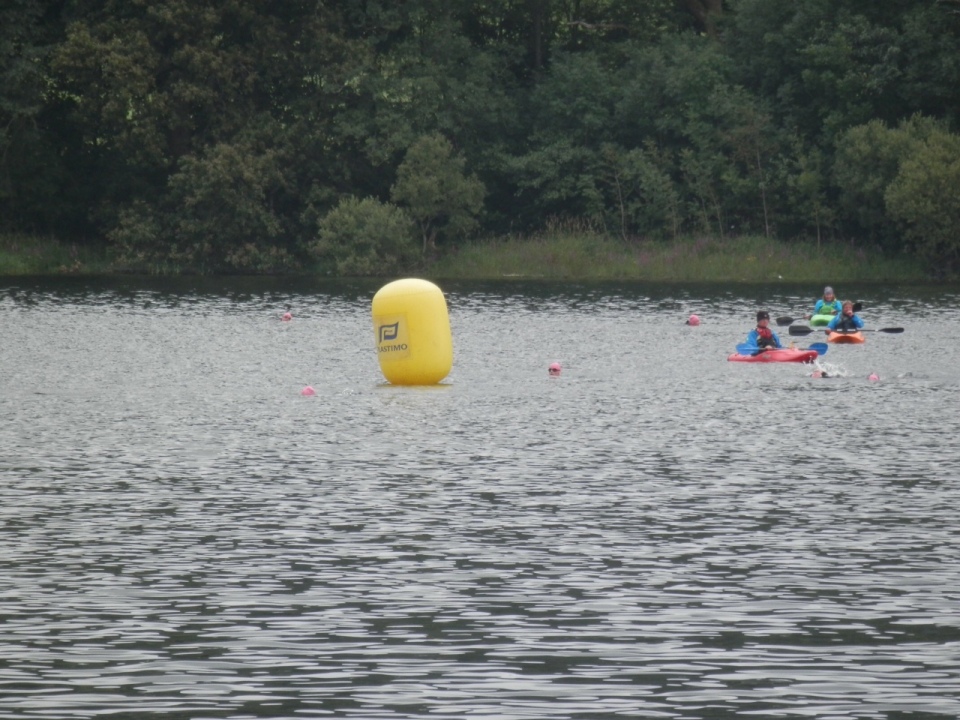