Posted on October 21, 2014 By greginthewater 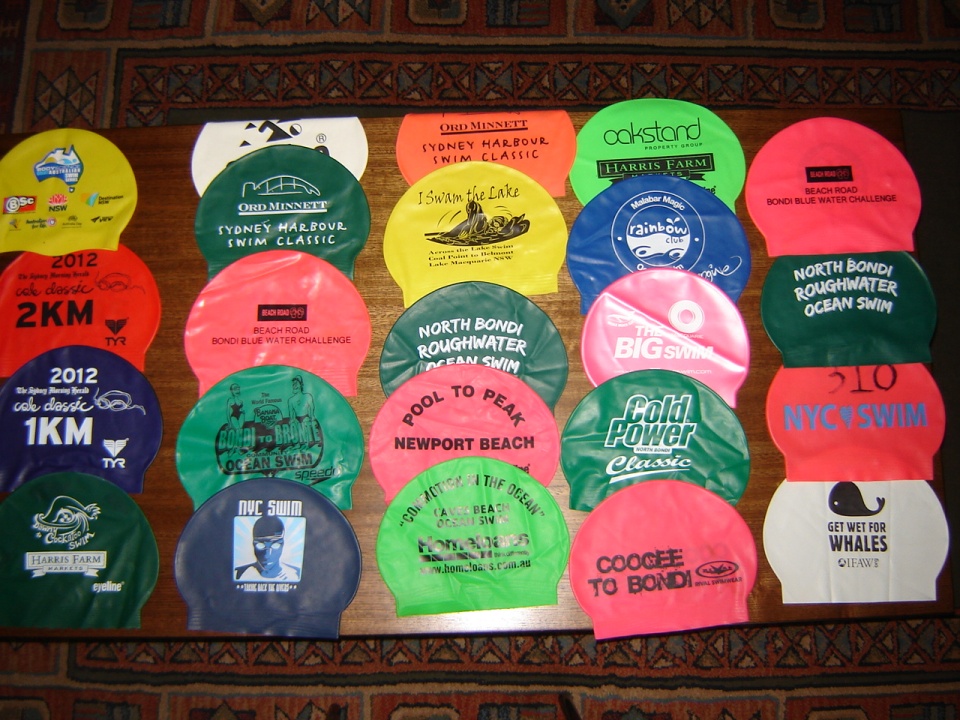 Some of my collection of swim caps

It is now mid October, and usually at this time I look at the calendar of open water swims at http://www.oceanswims.com, to start planning for the upcoming season. There are normally some old favourites I like to do, such as the Dawny swim at Balmain in Sydney Harbour, and the Australia Day swim at the Opera House. I also like to see when the various swims at Bondi and Malabar are scheduled, plus the fantastic Wedding Cake Island swims at Coogee. I also like to see when the ones on the Northern Beaches fro Manly to Palm Beach are on to get a schedule going. I also like to see if there are any other places I want to travel to for a swim in Newcastle such as Caves Beach, the Cross the Lake Swim, and even further north. If I am keen I will try to do a few swims at places I have not swum before such as Nobbys Newcastle and Stanwel on the South Coast. I try to have a swim planned for most weekends from mid November until late March, knowing that some of them will be cancelled due to adverse conditions.

I would normally try to do 20 or so swims during the season, even doubling up where I can. If it is a good season I might even get to do 30 swims. Ah the anticipation, the motivation to get more training done so I will not be disgraced in the water. It really is a nice time to dream of the upcoming season with all its possibilities.

But alas this year, I can only dream from afar. As I type this blog, the wind is a shrieking gale that is strong enough to blow a dog off a chain. The rain is beating a rhythm against the window like the drummers marching behind the bagpipes. The temperature is dropping and it cannot be long before the first snow of the season falls. Going outside requires at least three layers and a beanie, and it is not even winter yet.

My experiences of swimming with a warm sun on my back worrying about sunburn and blue-bottles will have to be put off for a while.

But in the meantime I have been doing some research of places to swim next summer in this part of the world. Most of these are lochs, which I used to think was a term for a freshwater lake. But now I know it can also mean a salt water body of water joined to the sea, that is called a bay in other places. They are usually long narrow bodies of water. I have included some photos so you can see for yourself.

Loch Lomond the largest stretch of water in the UK, overlooked by Ben Lomond in the background, is not far away. 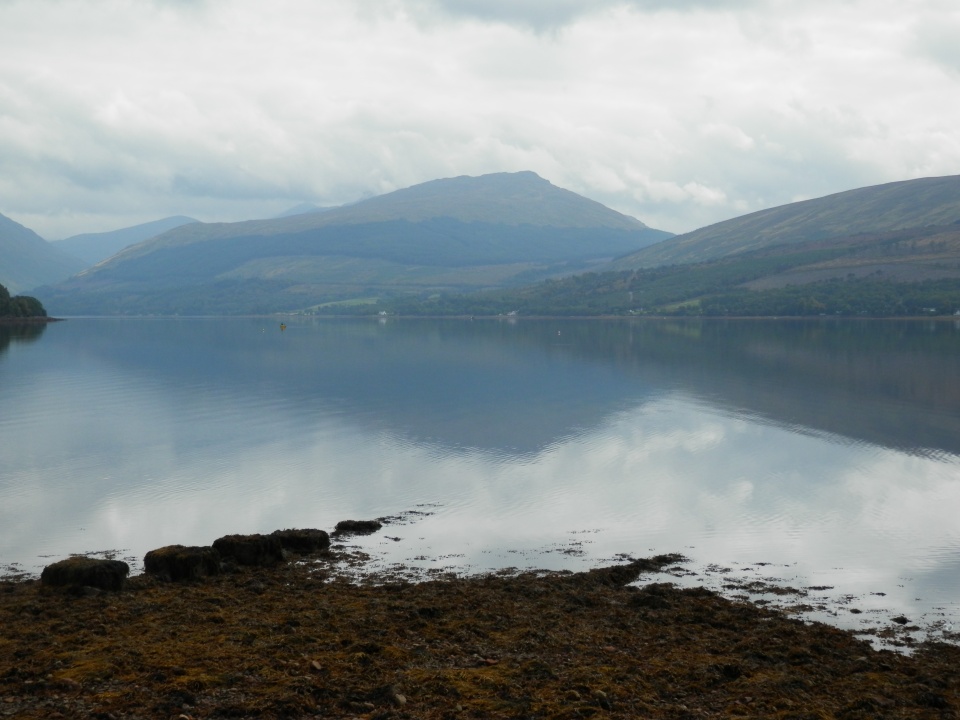 Loch Fyne is the longest of the sea lochs in Scotland and is in the heart of Argyll. It is famous for its oysters and other sea food.

Castle Stalker in Loch Laich, an inlet of Loch Linnhe

Fans of Monty Python and the Holy Grail might recognise this place, not far from Glencoe.

Loch Tay is a beautiful loch overlooked by Ben Lawers, with the delightful village of Kenmore at its lower end.

So I will be keeping an eye on the swims in Sydney as I shiver through the winter in this part of the world. And who knows I might even have some reports in the next several months of some swims I have done in places like those pictured above. A different type of dream.